Landlord is the lord of the earth and the lord of light, and if you are a flower or a tree or a simple two or four-legged animal, you have to ask Landlord for permission if you want to pass unharmed through the night. - Piero Lissoni

Landlord, designed by Piero Lissoni, comes in two variations as part of our new outdoor collection: Soft & Spot. Landlord Spot is a versatile, ø40 round spotlight, providing direct light for the outdoors. Its multi-functional spotlight can be placed on the wall, ceiling, ground, or even tree branch with an exclusive strap. Ideal for outdoor lighting applications, bringing your garden to life. 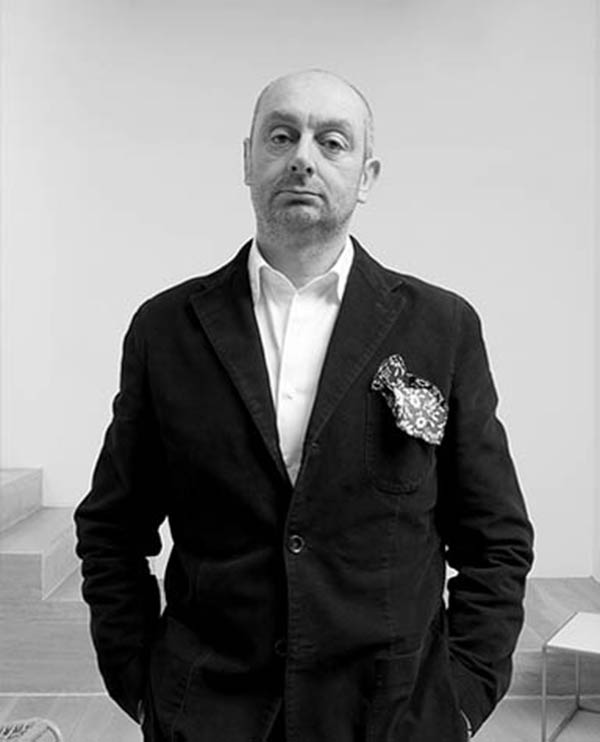 Piero Lissoni was born in Brianza, Italy in 1956. He studied Architecture at Politecnico di Milano University, and graduated in 1985.

Piero established Lissoni Associati with his partner Nicoletta Canesi in 1986 and Graph.x in 1996. He works in all design disciplines from industrial design, graphics, and art direction to architecture and interior projects including hotels, private houses, showrooms, shops, and yachts. In addition, he is Creative Director for Boffi, Lema, Living Divani, Porro and Tecno, overseeing all aspects of the companies′ design efforts.

Piero is often thought of as a minimalist, but in reality, the designer’s aim is to create a complementary cohabitation of different lighting styles.

Piero Lissoni, as a designer, has been inducted into the New York Hall of Fame of Interior Design, and has won the “Compasso d′Oro” twice, the Good Design Award by the Chicago Atheneum Museum of Architecture three times, and the Best of the Best at the International Fair IMM in Cologne.