Part of the popular Kelvin LED family, the Kelvin LED F floor lamp features the collection’s signature square head and utilizes the latest technology to provide precise customization of output. The three-step on/off switch utilizes Soft Touch technology, and the base cover is injection-printed PC (polycarbonate). The head is directional, the counterweight is an iron cut painted through a process of cataphoresis. The base separates from the lamp body, held in place with a safety-locking pin.

Inspiration behind the design: Inspired by a love of industrial design, creators Antonio Citterio and Toan Nguyen developed the Kelvin family to blend seemingly simple structures with the most innovative technologies and materials. 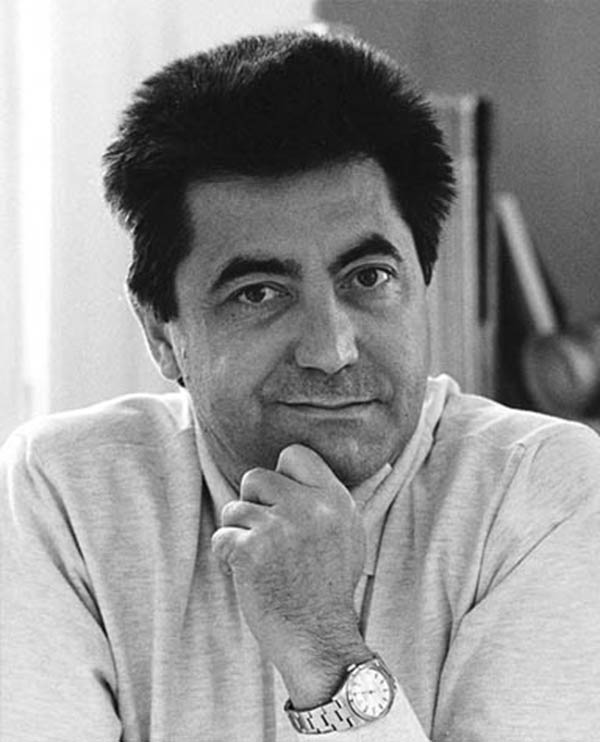 Antonio Citterio was born in Milan, Italy in 1950. He graduated from Politecnico di Milano University with a degree in architecture in 1972 and began work as an industrial design consultant and designer.

From 1987 to 1996, Antonio partnered with Terry Dwan at Studio Citterio/Dwan. In 1999, he founded the multidisciplinary office Antonio Citterio and Partners in Milan with Patricia Viel.

A respected educator, Antonio has taught at the Domus Academy in Milan and Royal College of London, and served as docent at La Sapienza University in Rome and Università della Svizzera Italiana.

Known for his uncompromising design and craftsmanship, Antonio has seen his lighting work included in permanent collections at the Museum of Modern Art in New York and the Centre Georges-Pompidou in Paris. He was awarded the "Compasso d′Oro" award in 1987 and 1995.